A Brief Return and December 1974

First off, I know it has been a long, long, long time since I have posted on this blog.Last you heard, I was sweating my ass off in Texas with a septic guinea pig. This year, I am freezing my ass off in Connecticut with a few less guinea pigs and a few less cookbooks. One of the reasons I put my blogging hobby aside was because I lost pretty much half of my book collection in the move. My printer and computer also shat themselves so I have been keeping my blog alive through the Facebook page. Little sites like Buzzfeed and Huffington Post have made use of my images. I would post links if I could. This is my first post via iPhone so if it looks tacky, meh. I'm learning as I go.

Anyway, let's all back up 40 years to December 1974. I was a 4 month old infant so I don't remember but this Decrmber 1974 Better Homes and Gardens magazine gives me a great insight to what my little baby self was missing. Maybe a brain nugget was planted and exploded 38 years later, giving me the idea. 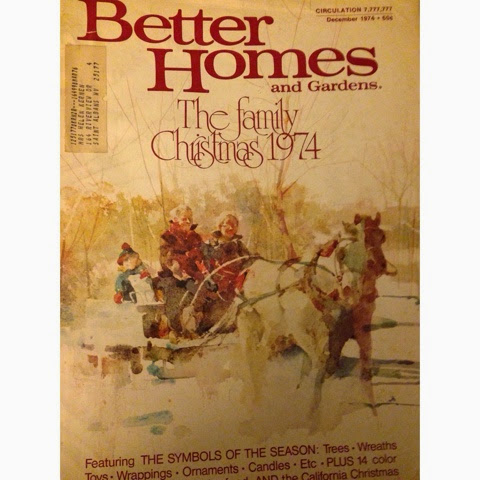 I'm also taking pictures of this because, no scanner. My 7 year old son is making this even more fun as he bounces up and down on the bed. 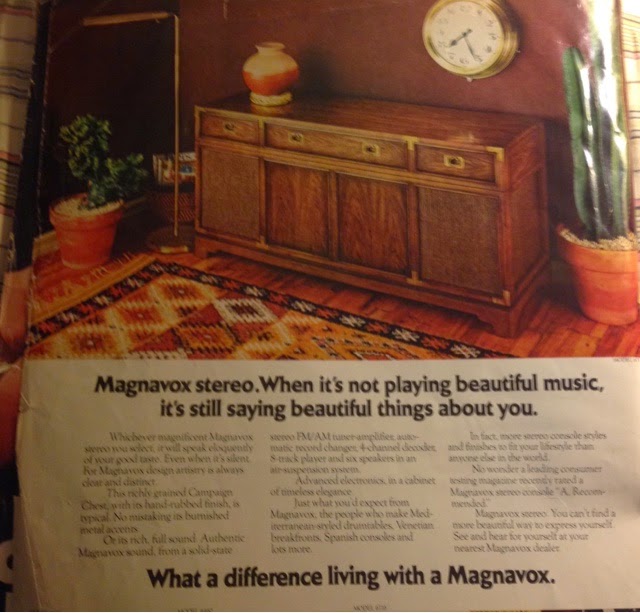 My father had one of these bad boys. The first song I remember hearing was Sherry by Frankie Valli and the Four Seasons. Sheeeheheheherrrarrryyyy Baayaaybee (Sherry Baby) I bet you sang that. I sang that. Anyway, this coffin had a record player and an 8 track. Just to get to the point of lifting the lid required the living room to be arranged. Come come, come out tonighhhhht. 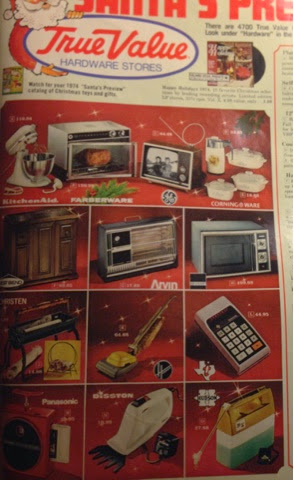 Enough electronics to make any 70's gadgeteer leak a little urine at the mere sight of this ad. The prices had to be worth the quality. $499.88 for a microwave oven/home nuclear reactor, $84.87 for that black and white TV, $99.95 for a Handsome Deluxe Humidifier, $39.95 for a portable 8 track player. I don't care how badass you are. You aren't badass enough until you are listening to some Barry Manilow on your portable 8-track. 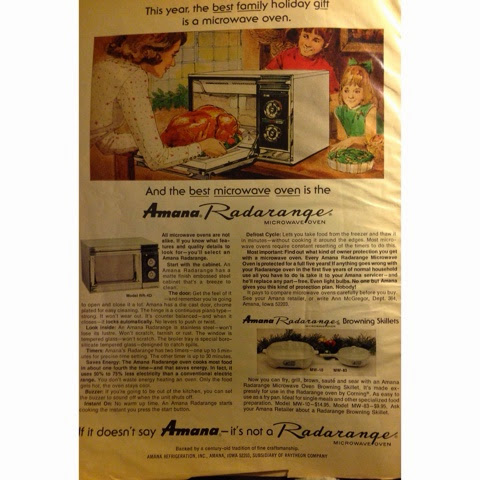 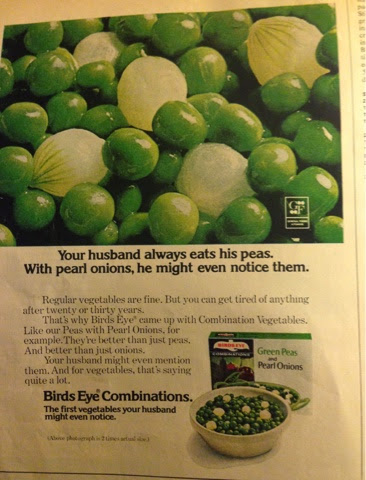 Mine doesn't and he won't. Peas are verboten here. With pearl onions, I guess I could guarantee a few days of cold shoulder. 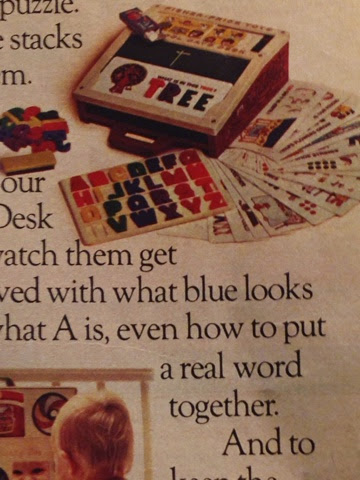 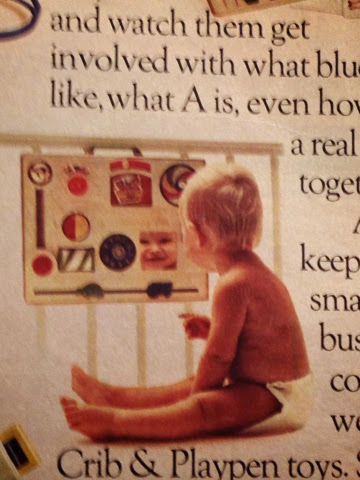 Ahhhh the toys. I remember those. I loved that little desk chalkboard thing and spinning the little spiral on the activity center. 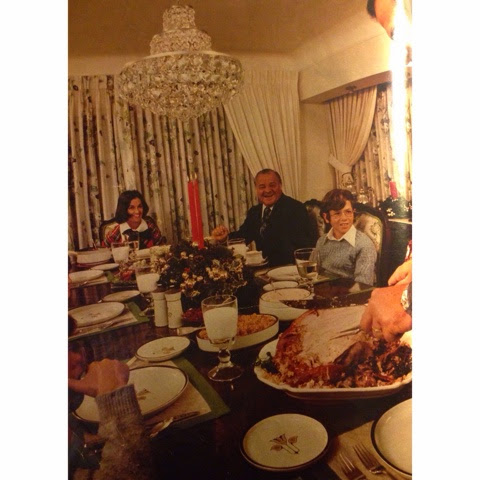 This family is scaring me. I wonder what was said before the picture was taken. 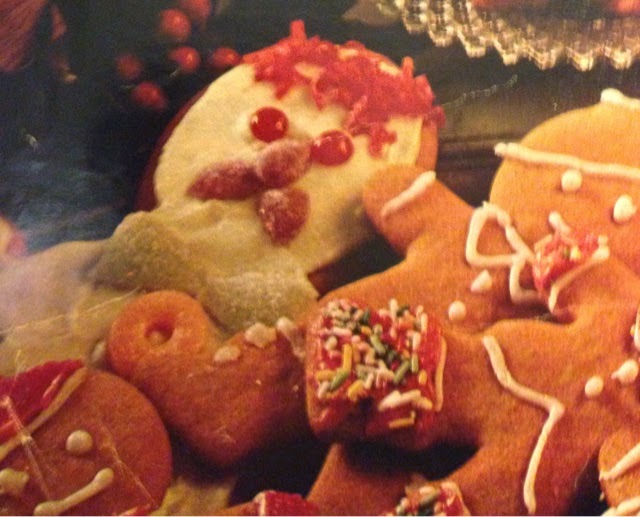 Such a profoundly sad little cookie. Or is that a pornstache? It was 1974 and it could go either way. 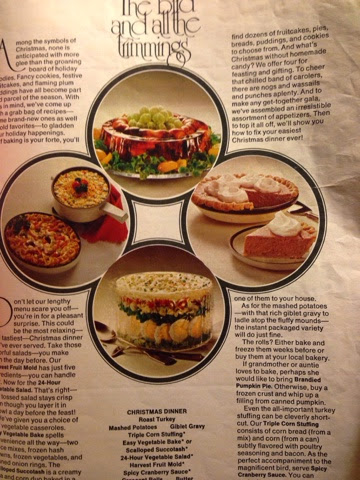 Food ideas. I don't want to brag or anything, but I bet I have the recipe cards and cookbooks for these. BH&G never is one to lack redundancy. 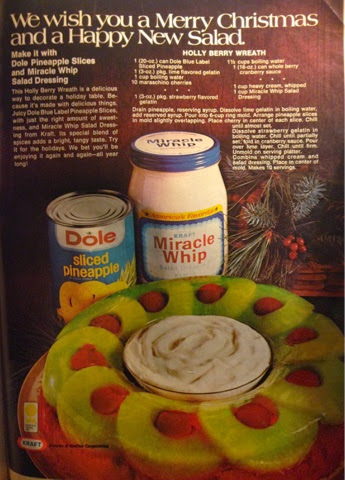 This is what happy looked like at the end of 1974. If anyone ever asks what happy was 40 years ago, point them here. They need to know. 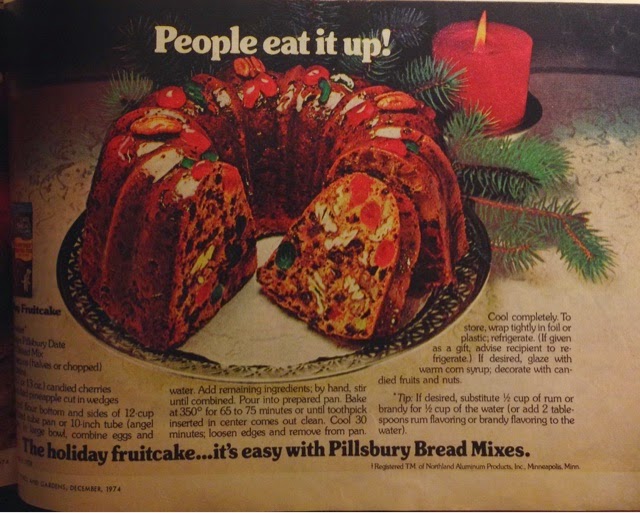 I need to find the people that eat fruitcake up. I'm sure the three of them will sit down and talk to me. 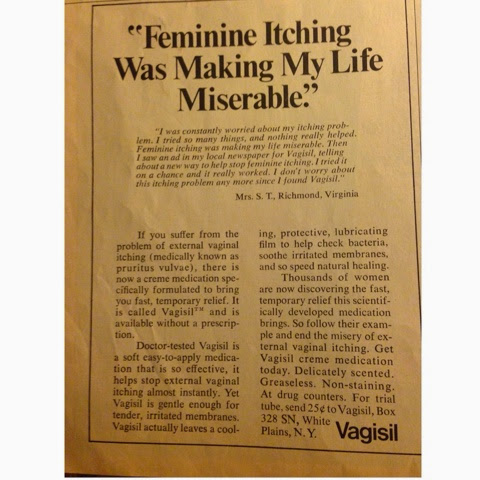 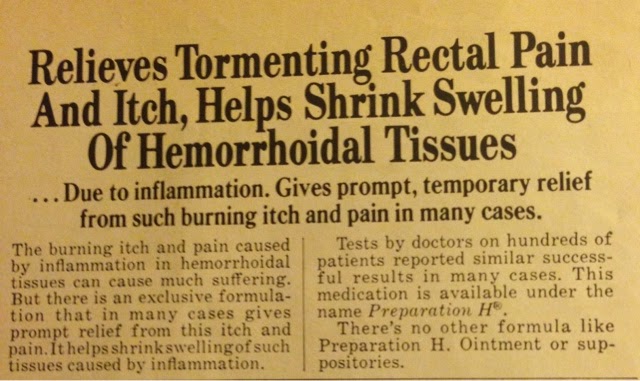 Preach again! Itches and bulges and burning in the front and back. I'm 40 now. I get it. 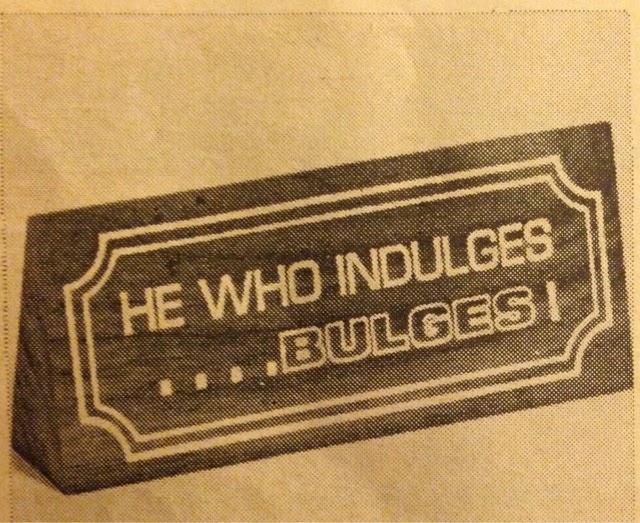 I can only think of a few different meanings for this. Ironic since the previous picture was an ad for hemorrhoid cream. 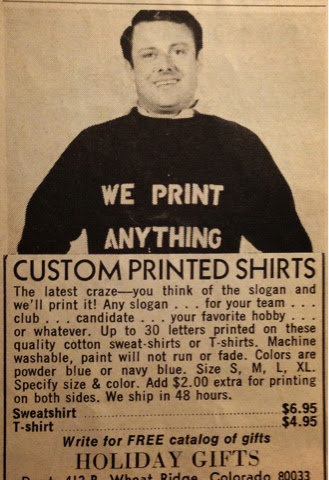 1974 was an interesting year it seems. Maybe it won't be 40 years until I post again. I'm hoping this looks okay because until I get the right equipment, my blogs will be from my phone. Which cost me less than a microwave in 1974. 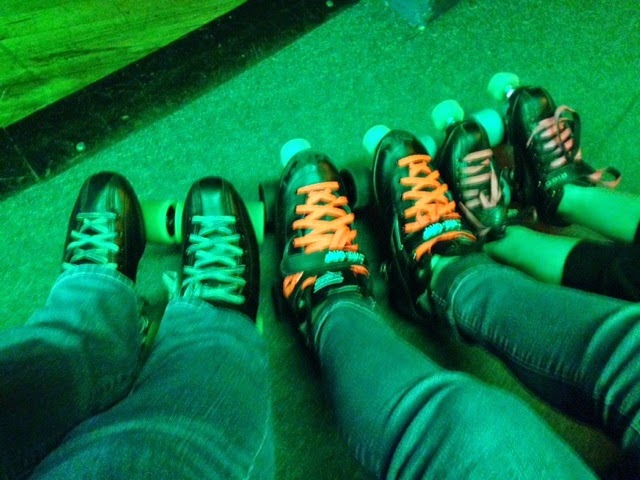 Until next time. And there will be one.

What has been seen cannot be unseen

Kim
I love to look through old cookbooks. I have started buying them at thrift stores, second hand book stores, ebay. I scan them and post the pictures. I'm a pure 1970s brat and I remember the food and clothes most from that genre. Everyone has to have a hobby! This just so happens to be mine. Ironically I hate cooking. Well, I can't really say that I hate cooking. I hate that I gave birth to two of the pickiest children on the planet and what I cook for them, I hate. If you happen to find something on here that interests you, maybe brings back nostalgia, or even a recipe you want to try, email me and I will be more than happy to share it with you. As far as comments go, I love to receive comments. The more the merrier. If you have an interesting blog or link to include, I might share it.